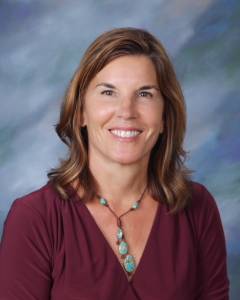 Oxford, MS – November 2, 2021. Security Credit Services, (SCS) an Oxford, MS based nationally known and trusted purchaser of both performing and non–performing receivables, announces its acquisition of Jormandy, LLC, based in Norfolk, VA.

Jormandy, a purchaser and collector of receivables throughout the Commonwealth of VA, has always embraced the latest in software and technology available within the collection and debt buying industry, which is a testament to the company’s focus on compliance and operational efficiencies. The group is led by Ms. Susan P. Becker (CEO) who will be instrumental in the transitioning of leadership to Diane Manning, Jormandy’s lead attorney. Diane Manning, along with team members from its existing staff will remain on board and continue to run its operations in Norfolk, VA working closely with SCS leadership.

“We are very excited to become part of the SCS family. We began our business relationship many years ago and it has continued to strengthen over the years based on our mutual goals and objectives throughout the industry. Jormandy has been involved in the industry for almost twenty–three years. We take pride in working with our consumers to reach the best possible resolution to their financial difficulties in a courteous and professional manner. Our company looks forward to joining Security Credit in continuing to meet these goals,” stated Susan Becker, CEO of Jormandy.

“SCS and Jormandy have enjoyed a professional relationship that spans over a decade, which makes us extremely excited about welcoming Jormandy into the SCS family. Both firms are award winning industry compliant and trusted which should integrate well into our existing structure. Security Credit Services will continue the Jormandy brand and VA operation as it adds a strategical component to our future initiatives,” stated Kaye Dreifuerst, President of Security Credit Services.

Both SCS and Jormandy are RMAI Certified Receivables businesses and very involved in the industry.

About Security Credit Services SCS is a nationally known purchaser of both performing and non–performing receivables based in Oxford, MS with offices in Atlanta, GA. Approaching its 19th year of service, SCS has purchased and managed more than $13 billion in asset receivables.  Its core strengths reside in the trusted partnerships created through effective communications. SCS excels in its approach to data analytics and superior compliance standards shared with our clients. SCS is owned by a privately held investment firm, EquiPro Holdings, also based in Oxford, MS. www.securitycreditservicesllc.com Contact / Inquiries: Security Credit Services Marketing Department – 662–550–2298